In the past, Mopar had sold re-branded kits – essentially another company’s product that had the Mopar name applied to it. With this new version of the Mopar Stage 1 kit, the Mopar techs have designed it themselves from the ground up (well, except for the shocks). Overall they did a great job, and the Stage 1 – 2 inch lift kit a a great kit at an acceptable price.

To driveshaft or not to driveshaft? You’ll notice that some kits include a driveshaft – it is because on newer JK wranglers (as in 2012+) the front driveshaft can make contact with the skid plate when you are really articulating. This new driveshaft compensates for that.

It won’t void your factory warranty. It’s hard to argue with that one – you can roll your Jeep off the dealership, and install this kit over the weekend and still be totally covered. You can’t say that about other lift kit brands.
*The wooden crate it comes in absolutely rocks* – this is reason enough to buy the kit.

The control arms aren’t adjustable, meaning you can’t dial them in to the length you want – this is largely offset because cam bolts are included in the kit, allowing some adjustment of caster. Another con for this kit are that the swaybar links don’t disconnect. 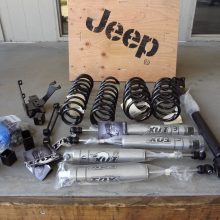 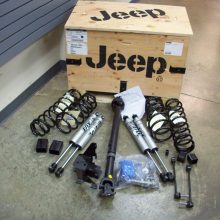 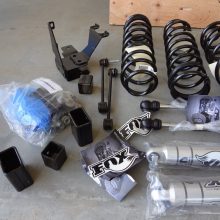 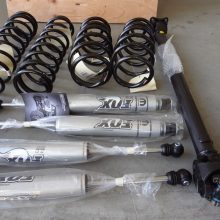 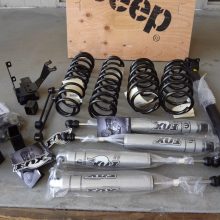 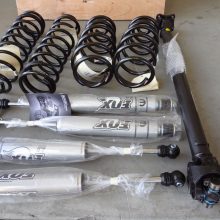 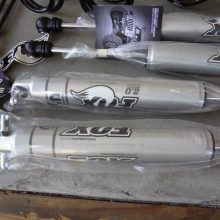